In 1922, Colin Ross was convicted of murdering a 13 year old girl who had been found raped and strangled in a laneway near the saloon Ross managed.  The case attracted publicity and the police were accused of not doing enough.  In the shadow of this pressure, the police soon settled on Ross as their prime suspect even though there was no evidence apart their former dislike of Ross relating to other criminal activity in his hotel.  He was convicted on the basis of a statement by another prisoner, and the statement of a prostitute and fortune teller who shared the significant reward money.  In spite of efforts to overturn the conviction, he was executed less than 5 months after the murder.

In 2008, Ross was granted a posthumous pardon after an investigator uncovered evidence that the statements supporting Ross had been suppressed and modern forensic review proved the evidence used at the time was flawed. 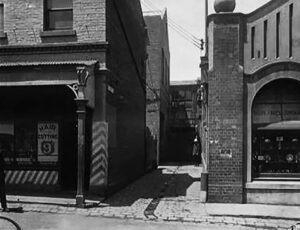 Colin Ross’s Background Colin Ross was born in Melbourne, Australia and had a difficult life.  With four siblings, his father died when he was just eight years old, leaving he and his siblings to be cared for by his mother.  This would have been challenging for the family and as a result, none were well educated, and each had to leave school as soon as possible to begin the process of earning an income to contribute to the family.  Colin was already working by the age of 11 and over his first few years worked as a labourer and later

The media has followed the case since its inception.  While the earlier reports were demonising, the later scientific evidence has raised the obvious question – did the court get it wrong?  This question is not only raised in the Australian media, but media outlets in other countries have taken an interest too. The following short videos are a sample of the reports being aired recently as the case has progressed.   Table of Contents November 11, 2018 Gun Alley Murder | The Twist | ABC News https://www.youtube.com/watch?v=j9DjnmmV5cg May 20, 2021 The Brutal & Tragic Case of Colin Campbell Ross https://www.youtube.com/watch?v=PHU2MQ5o8gY